We are writing to you as we are very concerned by the Commission decision to postpone the adoption of horizontal criteria for the identification of endocrine disrupters by first conducting a thorough impact assessment.

The European Commission was expected to come up with a revised strategy on endocrine disrupting chemicals by the end of this year. According to the Regulations on pesticides and biocides, the European Commission is also legally bound to come up with a set of scientific criteria for identifying endocrine disrupters by the end of 2013. Over the last two years the Commission repeatedly communicated that it intends to develop horizontal criteria applicable across all relevant legislations.

There are indeed huge expectations from the European citizens on this prominent issue for human and wildlife health. Our fellow citizens expect from their political representatives to set up clear and strong rules in order to minimize exposure to those chemicals to the lowest possible level, via a thorough identification of the hazard and an ambitious management of the risk.

In its resolution on the protection of public health from endocrine disrupters of 14 March 2013, supported by a strong cross-party alliance, the Parliament clearly requested that a) the criteria should be based on science, b) that no single criterion should be decisive, c) that an impact assessment should be carried out after the determination of scientific criteria, and that d) that the criteria should be applied horizontally in all relevant legislation (see paragraph 9) .

This is echoed in the provisional agreement on the 7th Environment Action Programme, which states in point 48 that “the EU will further develop and implement approaches to address combination effects of chemicals and safety concerns related to endocrine disruptors across all relevant EU legislation. In particular, the EU will develop harmonised hazard-based criteria for the identification of endocrine disrupters.”

Despite all of this, the European Commission recently decided to delay the publication of scientific criteria for identification of EDCs and “to carry out first a thorough Impact Assessment for the introduction of criteria for identifying endocrine disruptors in the Plant Protection Products Regulation and in the Biocidal Products Regulation” (answer to written question by MEP Schaldemose on 4 September 2013).

This decision is surprising, as one would expect scientific criteria to be based on objective scientific studies and not on an impact assessment, which is rather a tool to inform political decisions. The decision to first do an impact assessment also suggests that the Commission intends to follow a risk-based approach for the identification of endocrine disrupters, which stands in clear contrast to the spirit and the letter of the future 7th Environment Action Programme. An impact assessment may be justified after the adoption of the criteria to assess the consequences thereof and the need for possible adaptations of relevant laws. However, doing an impact assessment from the outset seems to confuse science with policy-making and hazard with risk. Moreover, without prejudice to our fundamental concerns about the adequacy of an impact assessment, we fail to understand how the stated aim of the Commission to develop horizontal criteria can be assessed based on only two relevant legislations, even though endocrine disrupters are explicitly referred to in other flagship laws such as e.g. REACH or of major relevance in e.g. the water framework directive.

We would like to ask you for the following clarifications:

– Does the Commission intend to adhere to the 7th Environment Action Programme and develop hazard-based criteria for endocrine disrupters?

– If yes, why and on which basis did it decide to perform an impact assessment, which would normally imply that the Commission is taking a risk-based approach?

– Does the Commission consider it justified to shape horizontal scientific criteria based on the results of an impact assessment which in turn is based only on two legislations, those concerning pesticides and biocides, disregarding all other relevant legislations? If yes, would the resulting criteria for the identification of endocrine disrupters then only be used for pesticides and biocides, while others could be used in other pieces of legislation, such as REACH, the water framework directive, or laws on cosmetics, toys and food packaging? Is there not a risk that in the end different criteria apply to different pieces of legislation and that legal certainty and predictability would not be ensured as the same substance could be identified as an endocrine disrupter under one piece of legislation and not under another?

– How do you intend to ensure that the effects on health and wildlife by possible endocrine disrupters are adequately assessed in the impact assessment, given that it is very difficult if not impossible to quantify such effects?

– If the European Commission was to subcontract this impact assessment, what would be the terms of reference for the subcontractor?

– And finally, how does the Commission intend to comply with its obligation to come forward with the criteria before the end of this year?

We call on you to respect the provisions of the 7th Environment Action Programme and to follow the calls by Parliament and to adopt scientifically based criteria for endocrine disrupters that are fit for horizontal use and not jeopardize the scientific integrity thereof by an undue, partial and thus biased impact assessment. 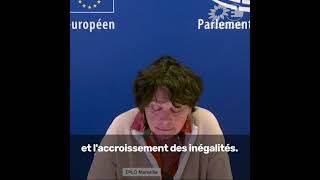 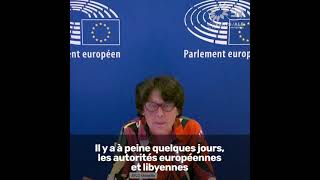 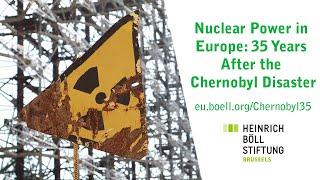 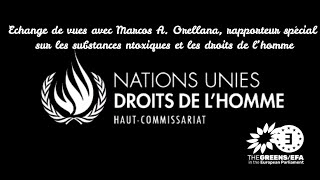 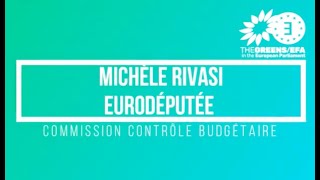 This website uses cookies to improve your experience while you navigate through the website. Out of these, the cookies that are categorized as necessary are stored on your browser as they are essential for the working of basic functionalities of the website. We also use third-party cookies that help us analyze and understand how you use this website. These cookies will be stored in your browser only with your consent. You also have the option to opt-out of these cookies. But opting out of some of these cookies may affect your browsing experience.
Necessary Toujours activé