The decision to renew the approval of glyphosate (active substance of many herbicides like Round Up) should not be made within a Standing Committee behind close doors. The European Parliament should have its say.
That is the subjet of the letter some of my colleagues and I sent to Mr. Andriukaitis, Commissioner for Health.

Thank you for your letter of 24 February 2016 regarding the renewal process of glyphosate, and for responding to the questions by the Members of the European Parliament.

The internal deadline for objecting Commission Implementing Regulation renewing the approval of the active substance glyphosate in accordance with Regulation (EC) No 1107/2009 of the European Parliament and of the Council concerning the placing of plant protection products on the market, and amending the Annex to Implementing Regulation (EU) expired today and four political groups objected to the Commission draft measure.

Given this fact and acknowledging that the Parliament’s procedures would only allow a possible plenary vote in April 2016 we would like to request the Commission to postpone the vote in the Standing Committee that is envisaged for the 7/8 March.

Thank you in advance for taking the request into consideration. 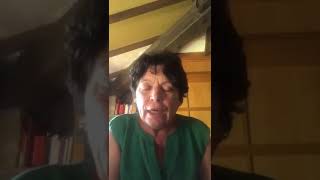